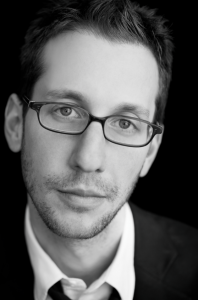 Charles Blackstone is the author of Vintage Attraction, a novel published in 2013 and 2014 by Pegasus Books/W.W. Norton & Company. He is also co-editor of the literary anthology The Art of Friction (University of Texas Press, 2008) and the author of The Week You Weren’t Here (Dzanc Books and Low Fidelity Press, 2005), a novel. His short fiction has appeared in Esquire‘s Napkin Fiction Project, The &NOW Awards: The Best Innovative Fiction anthology, In Like Company: The Salt River Review and Porch Anthology, Lewis University’s Jet Fuel Review, and the University of Maine’s Stolen Island. Blackstone has written essays for Chicago Tribune Printer’s Row Journal, Chicago Sun-Times, Fiction Writers Review, Book Reporter, and The Millions. His short plays have been produced by Victory Gardens and Lifeline Theaters. Blackstone was named one of Newcity’s Lit 50 in 2012 and 2013. In 2011, he became managing editor of Bookslut, an internationally acclaimed book review publication and blog.

Blackstone holds degrees from University of Illinois at Chicago and the University of Colorado, where he directed the Graduate Reading Series and received the Barker Award for Fiction, and has taught at Colorado, Wright College, The University of Chicago’s Graham School of General Studies, and Shimer College. He currently teaches fiction writing at the Gotham Writers’ Workshop and lives in New York City. 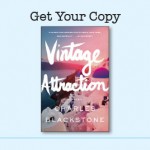